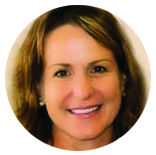 Jeanie Hankins, publisher of The Wickenburg Sun, is the 2019-20 Arizona Newspaper Association president. She has served on the ANA board since 2016.

Hankins is a 1993 ­graduate of Grand ­Canyon ­University with a ­Bachelor of Arts degree in Communications/Journalism. Hankins began her career in weekly ­newspaper at the Douglas Budget (Douglas, Wyo.) in 1994 as a reporter/photographer. She soon advanced to editor and spent a dozen years covering and serving in the community. Hankins then assumed the role of general manager for Wyoming Newspapers Inc., and oversaw the ­operation of seven rural community papers and the press ­operation based in Torrington, Wyo. In 2012, Hankins ­relocated to Page, Ariz., where she served as publisher of the Lake Powell Chronicle. A Wickenburg native, Hankins pursued a return to her hometown and was hired as editor at The Wickenburg Sun in 2014 and became publisher in 2017.

“I am privileged to have the opportunity to continue the craft of community journalism in my hometown, and I look forward to leading the ANA as we strengthen our foothold in today’s changing marketplace,” Hankins said.

The ANA has undergone major changes in the past year. Longtime executive director Paula Casey announced her retirement, generously providing a time period in which to find another executive director. For several months, the ANA board’s hiring committee vetted candidates, resulting in the hiring of Tim Thomas who assumed the role early in 2019.

During the transition to a new executive director, the ANA office was relocated to the Capitol Times office, and a new accounting firm was hired. These major changes coincided with the legislative session, so Tim had to hit the ground running with everything from figuring out new workspaces to keeping an eye on ­legislation, while also making plans to meet the goals the board had laid out for him.

The tasks are many.

We know there is work to be done to remodel ANA and ANA Ad Services into thriving organizations. The Board has been successful in significantly reducing ­expenses, and now we must turn our attention to ­building relationships, which will foster increased ­awareness of our organization, increased participation ­in the ­association and increased revenue.

To foster a better relationship between ANA and newspapers across the state, Tim will be reaching out with phone calls and site visits to get to know our members better, and find out how the organization can more effectively serve them. He will also be visiting non-members, finding out what ANA can do to earn their membership.

Tim and the staff at ANA will be working with member papers and advertisers to help them develop a better understanding of the statewide advertising opportunities in our publications, as well as preprints. In relation to that, we anticipate the return of pool payments for publications participating in the 2×2 program. Tim will also be sharing information, such as guidelines for ­marijuana advertising, and enhanced digital opportunities, to assist ANA members with the ever-changing landscape. These are just a few of our goals. Many more will be discusses and carried out during our 2019 convention and in the coming year.

It’s a new day at ANA. It’s a great time for us to develop new energy, and step forward together onto the road ahead. I hope that all of us will work this year to strengthen our influence, get to know our new executive director and build stronger relationships inside and outside our organization to give us the muscle to keep pushing forward.