How do we reach Millennials?

By Kevin Slimp,
The News Guru

Focus groups lead to a  better understanding of young adults

Steve Andrist, executive director of North Dakota Newspaper Association, (NDNA), asked me an interesting question yesterday. It was related to my visit to Bismarck in October to work with a focus group of millennials from throughout the state who met together to spend a good part of a day looking at, and discussing, newspapers.

Prior to my trip to Bismarck, I did what I often do: I surveyed newspaper readers and non-readers throughout the U.S. and Canada to determine what differences there were, if any, between the general population and millennials related to interest in newspapers. After meeting with the focus group in Bismarck, I met with North Dakota publishers to discuss what we had learned during the day. A week or so later, I wrote a report for NDNA with the findings of the focus group.

Steve’s question yesterday was simple, “Do you have any quick advice on what you’d suggest newspapers do with this information?”

We learned a lot about millennials prior to, and during, the day in Bismarck. We learned they’re not quick to spend money on any type of news. If they do spend money, they’d prefer to spend it on their local newspaper than anywhere else. We also learned that most of the millennials who live away from home check their hometown newspaper website for local news now and then. 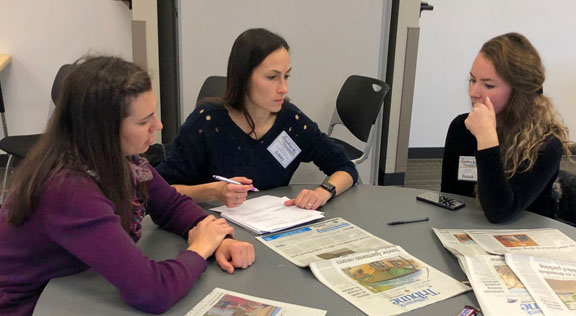 In answer to Steve’s question, here are the main takeaways I would suggest community newspapers keep in mind:

Millennials, like most other in the general population, aren’t looking for national or international news in their community papers. Even when looking at papers from larger cities in the state, the group reported having no interest in reading news from outside the community.

Millennials prefer print, as do most other newspaper readers. While they will check out their hometown paper online while away in college or after college, they indicate they would be more likely to spend money on a printed newspaper in the place they live than a digital version.

Millennials have less interest in sports in their community papers than the general population. When ranking areas of interest, local sports came far down the list.

Millennials have a lot of interest in reading about local entertainment, even in a small town. This might mean the entertainment is taking place in a larger town up the road, but entertainment and music are of great interest to readers in this age group.

Millennials, much like the general population, indicate they would read a free paper if it arrived in their mailbox once a week. More than 50 percent (in the national survey and in the focus group) indicated they would read the paper every week, with another 35 percent indicating they likely read the free paper most weeks.

In answer to Steve’s question, what would I take away from this information if I were a local newspaper publisher? 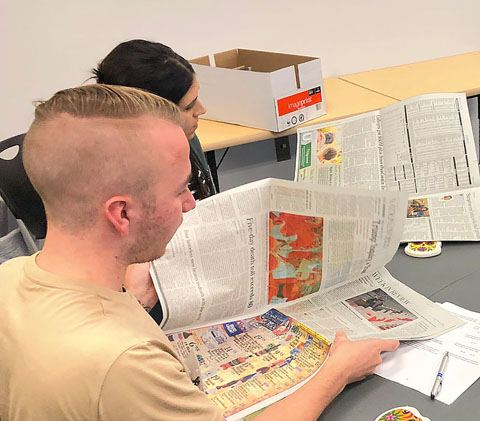 First, I’d remember that millennials of this generation aren’t so different from most of us when we were in our 20s. They’re busy and don’t read newspapers as often as older groups, but most of them will likely be newspaper readers as they marry and have families.

To promote readership among millennials, keep in mind their interest in stories about individuals. Interview high school, college-age and young adults for stories on a regular basis.

Include more news about local entertainment and music.

Finally, I’d keep the statistic related to free weekly papers in mind. I wouldn’t change my current structure, but I’d begin the thinking about how to use the knowledge that most people report they would read a free newspaper if it ended up in their mailbox. Whether that meant creating an alternate news pub or finding other ways to take advantage of this statistic, it’s important information.